Mattia Mercante is a restorer of cultural assets and cooperates mainly with the Italian Institute Opificio delle Pietre Dure in Florence. In his work, he uses 3D scanning, CAD and 3D printing to revive works of art from the Renaissance, such as Michelangelo or Leonardo da Vinci. Formlabs interviewed him.

The Restoration – Step by Step

The first step in a restoration project is the evaluation of the condition of the work of art by qualified technical inspectors working with the restorers.

“We work to solve three types of problems: urgency, prevention, and enhancement. Urgency means that if the artwork needs to be restored quickly to be saved, we must give it priority. If we think that its condition might deteriorate in the near future, we proceed with the restoration for prevention. At last, if an artwork will be exhibited or it’ll be part of a study, it needs to be prepared for such special situations, which we call enhancement.”

A crucial aspect that could limit or prevent the restoration is the possibility that the intervention could damage the work of art and compromise its integrity. Interventions should only be carried out if they are necessary for the preservation and rescue of the work of art. 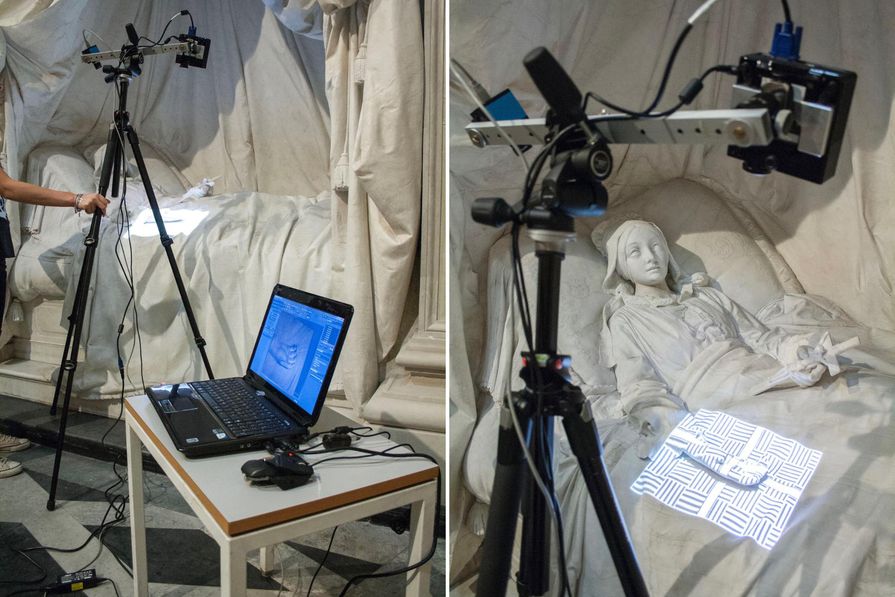 Scanning is the first step in creating a basis for the restoration with the help of preserved shapes. Mercante:

After the scan, the restorers examine the problems and analyze possible upgrades. The final step is the implementation, during which the documentation is created, the forms are designed and the restoration is carried out. 3D printing is used to create prototypes for quality control and visualization aids, but it is also used for the final restoration of the material.

Restoration includes cleaning, consolidating, restoring the material and color integration. On average, a project takes five to six months. For more complex projects, it can even take over a year.

One of Mercante’s most recent projects was the restoration of a reliquary made of various materials (glass, fabric, metal, quartz, limestone and shells) for the Museo degli Argenti in Palazzo Pitti in Florence. The reliquary contains a representation of the crucifixion of Christ in the middle. The wooden frame is divided into small cells, each representing a scene of the rosary.

The frame is decorated with filigree glass ornaments of about 1 to 1.5 mm in diameter. Small flame-heated rods were twisted and rolled up. The reliquary was already restored in the past, but the missing ornaments of the frame were not reproduced, as they are too complex and there were no techniques for a safe restoration. 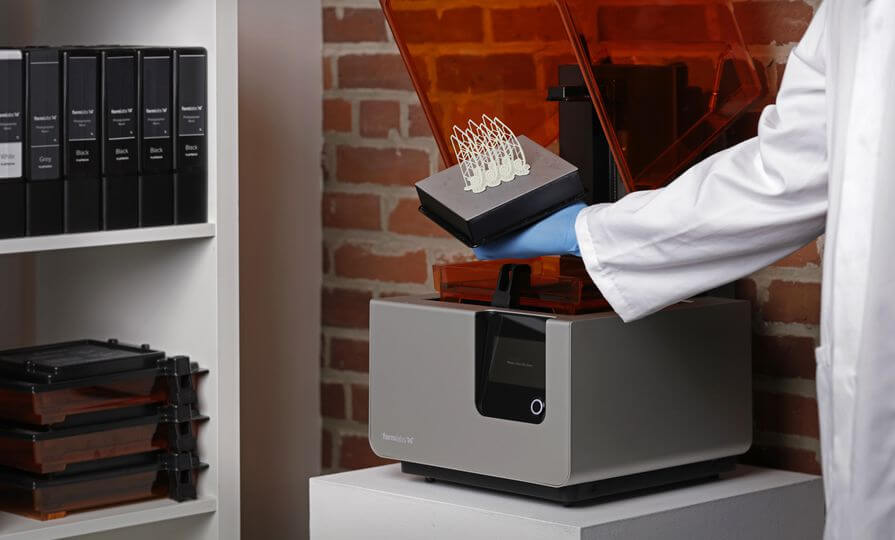 “Our work as restorers is not only to preserve the existing, but also to allow visitors to correctly read and interpret the artwork. Thanks to our Formlabs 3D printers in the Opificio laboratory, I was able to reconstruct the missing decorations of the frame, 3D print them using Formlabs’ Standard White Resin, which we then colored in gold and inserted into the artwork. The restorations are visible under UV light, which makes it simple to identify and reverse them if needed.

The presence of digital technologies in the lab allows me to make constant modifications and work in an entirely independent way, thinking directly about quick and efficient solutions. In the past, it was not possible to carry out some of our projects due to the time constraints and costs of external services. If I have to think about facing the same workflow without using these digital tools, I think I would have given up on many projects.”

The Panel of Cosimo III by the English wood carver Grinling Gibbons is a large table full of details whose technical virtuosity is very difficult to reproduce. The work has already been restored several times. However, restorers have never tried to replace missing ornaments, as it is technically impossible to carve wood with the same craftsmanship as that of the master at the court of King Charles II of England. Various solutions have been proposed over the years, none of which have been satisfactory.

In 2016, Mercante and his colleague Cristina Gigli were able to create a “virtual casting” based on a similar ornament in the work of art using the 3D printers and scanners in the Opificio laboratory. They have artfully adapted it to fit in with the missing ornament.

“We 3D printed the design, painted it to match the color of the wood, and mounted it on the artwork. This both solved the issue of artistic interpretation of the piece and helped us overcome the technical obstacles of the complex wood carving.” 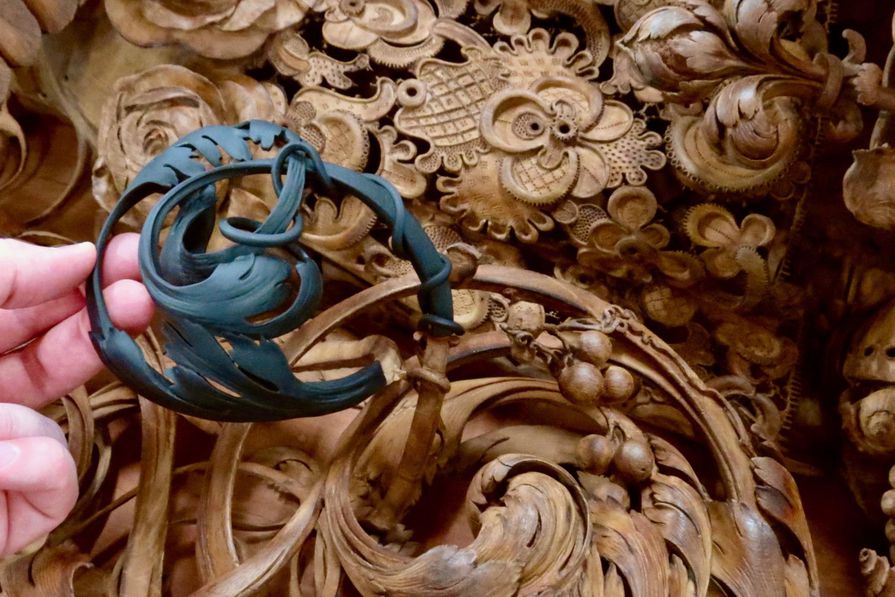 Fingers of a Sculpture on a Tomb 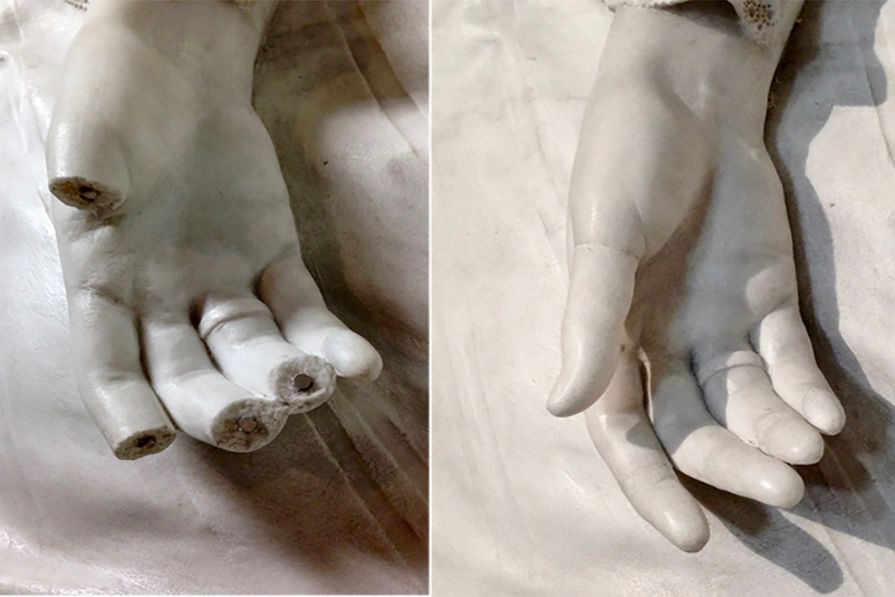 Mercante, together with his colleagues Acerina García García and Edoardo Radaelli, recently completed a project for a private client. The task was to reconstruct the fingers of a sculpture on a tomb in the chapel of Villa Borromeo d’Adda in Arcore near Milan. From the 3D scan of the broken hand and a chalk sketch kept in another museum, the team was able to recreate all the fingers, paying particular attention to the proportions and style of the artist Vincenzo Vela.

“We 3D printed the reconstructions, painted them to match the color of the marble, and attached them directly to the artwork in a non-invasive and reversible way using small magnets.”

Artificial Cave from the 17th Century

Last year Mercante worked with Alice Maccoppi on the documentation and restoration of a 17th century artificial cave. The cave was originally built as a resort and is covered with shells and limestone formations. To reconstruct the missing ornaments, Mercante scanned parts of the wall where all the shells were present and isolated them from the environment with 3D image processing. He reproduced the mussels in a 1:1 ratio using a 3D printer. They were then used by Maccoppi to produce moulds for the casting of geopolymers. 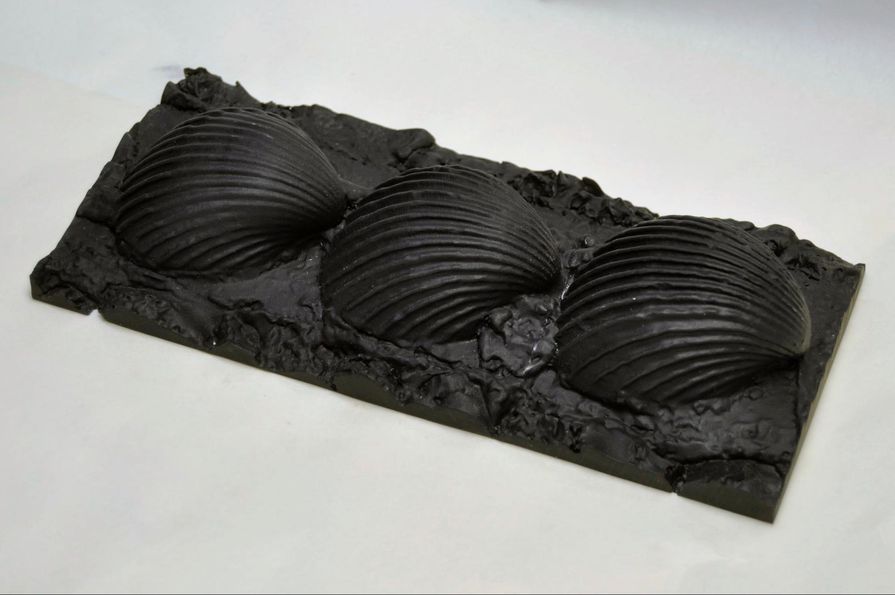 As they come from a traditional profession, many restorers have inhibitions about integrating new tools into their work processes. Mercante believes that some restorers have the mistaken idea that scanners and 3D printers make the restoration work sterile and mechanical. However, doubts are gradually disappearing as quality is improving and modern technologies offer growing potential.

“The most important consideration is the preservation of the artwork. If digital techniques and tools improve this aspect, they are welcome. From the technical and theoretical point of view, restorations have everything to gain and nothing to lose.

3D printers must not be the end, but the means. They are instruments in the hands of the restorer, which provide additional solutions that they can use to transfer their knowledge, craft, and virtuosity directly, and adapt it to the needs of the artwork. With the support of digital tools, it is possible to reach higher levels of excellence, so I encourage restorers to use them—the resulting time and cost savings are well worth it.”

Mercante hopes that digital technologies will spread further and become an important tool in the repertoire of more and more restorers.

“Since 2015, I’ve been committed to working with public institutions such as the Opificio delle Pietre Dure to implement scanners and 3D printers. I hope that we can create a department within the institute that would become a self-sufficient provider of digital scanning, 3D printing, and modeling services specialized in cultural heritage restoration.” 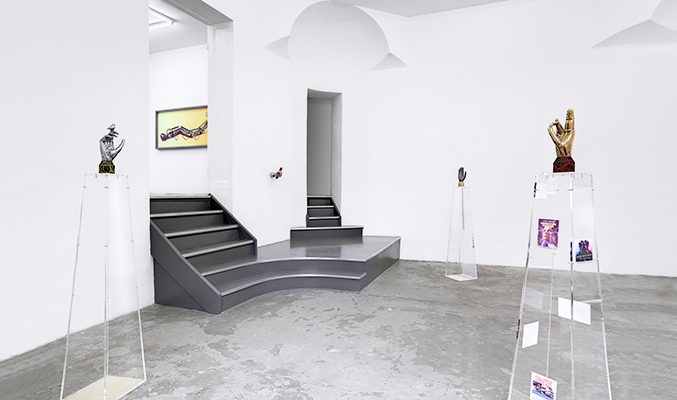