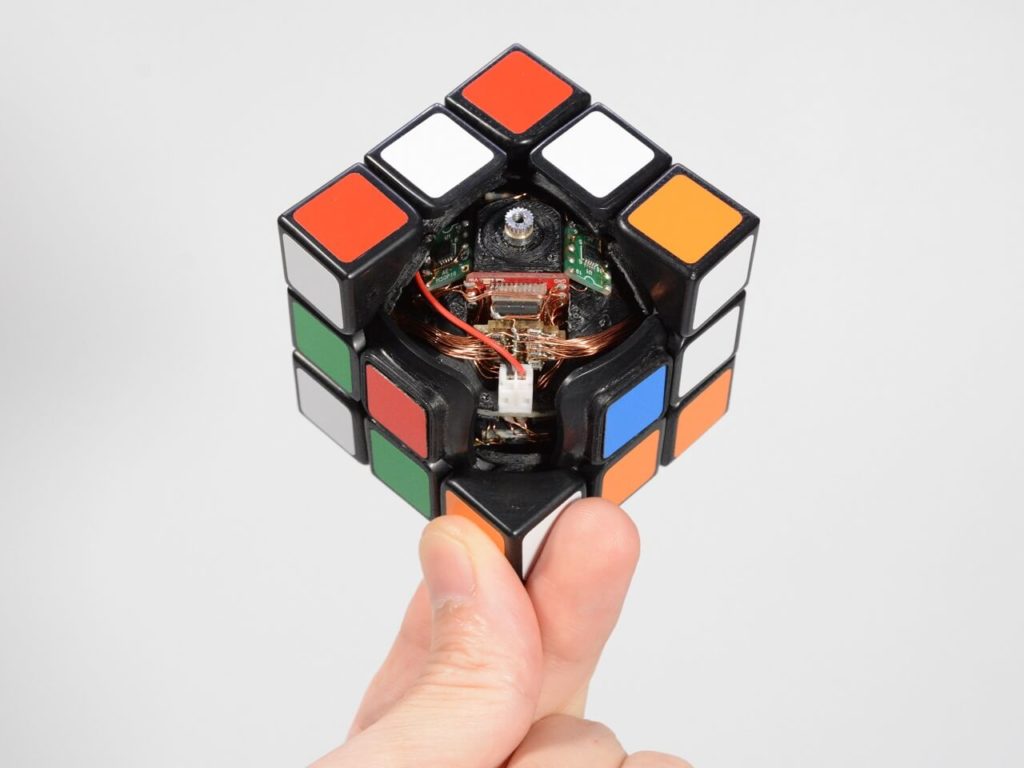 Admittedly, it’s not the first Rubik’s Cube that solves itself, but this one is special because the inside has been 3D-printed.

The Japanese developer of the fully automated cube is called “Human Controller” and has a Youtube channel where you can find several Rubik’s Cube videos. One of them shows a cube that sweeps over a table and automatically moves to the solution position. Another, shown in the following video, solves itself even though it is only held at one point.

To get this far, “Human Controller” had to invest a lot of time and effort because the video posted 1.5 years ago shows an automatic cube he developed that is much larger than its final result:

For the authentic cube size he now had to shrink the entire inner life. It consists of a 3D-printed core which is driven by several servo motors and controlled by an Arduino board. 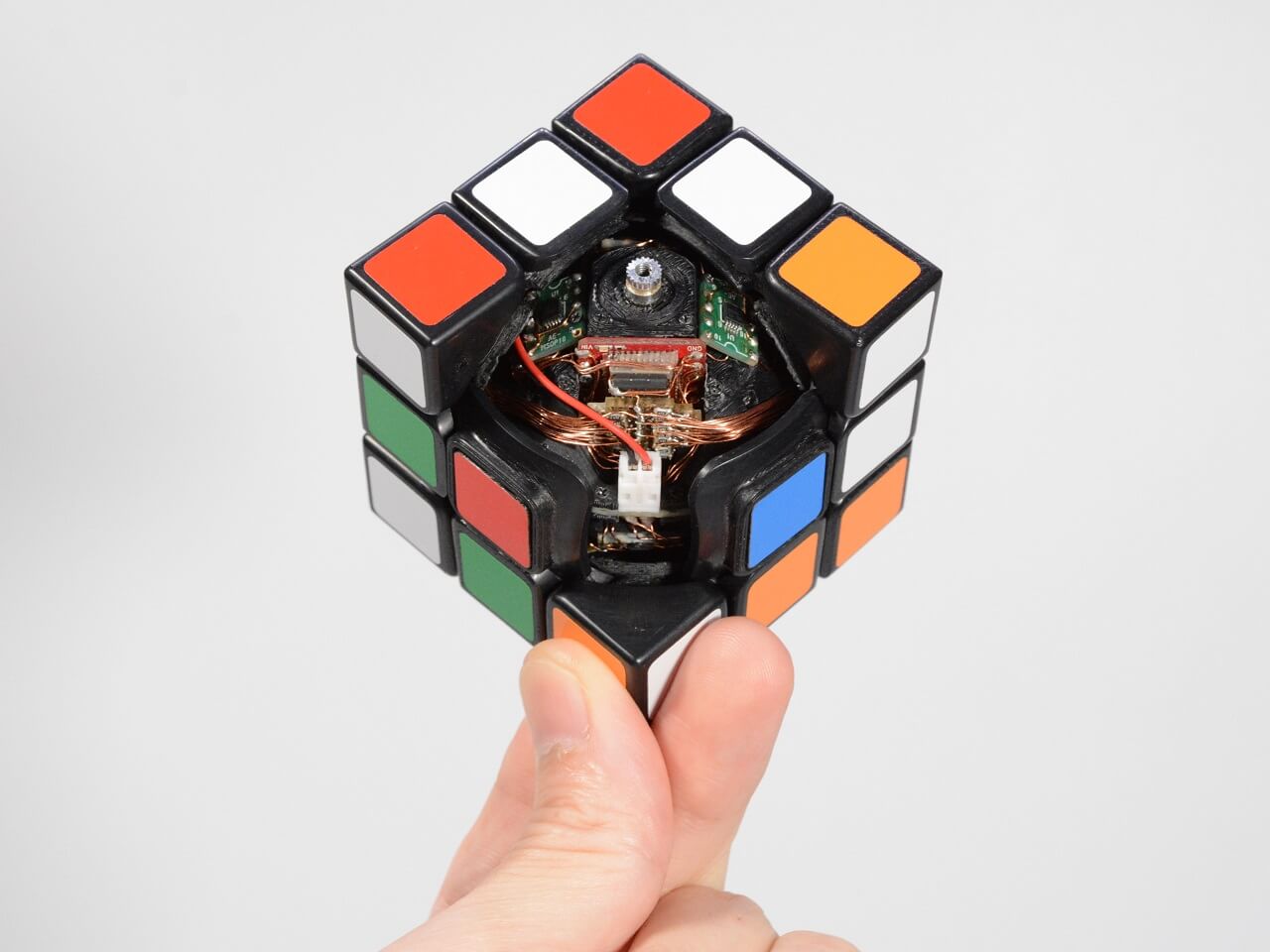 An exact instruction on how we can make such a magic cube at home has not yet been posted by “Human Controller”. All you can do is figure out for yourself what components the part is made of and how best to rebuild it: