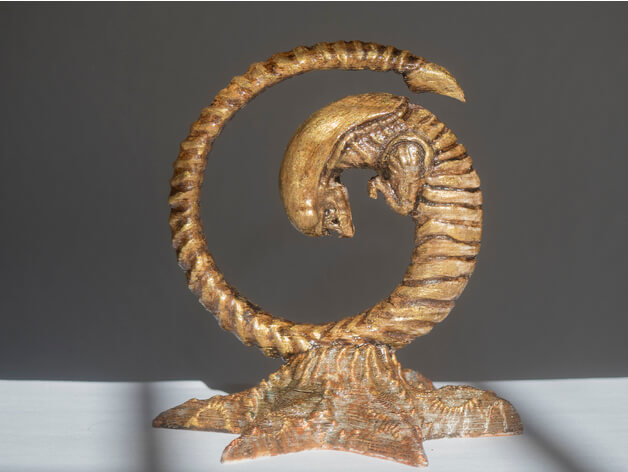 Alien could soon be among you! Pick one of the models or just create one yourself and play with your 3D printer as often as you want a resurrection of the creepy creature. While warming up your printer, here the trailer for Alien: Covenant (2017): 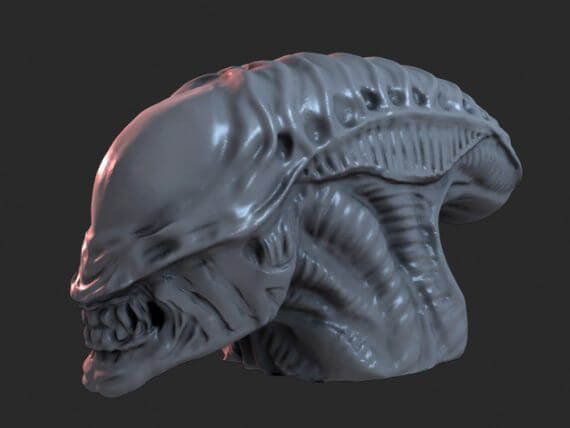 At least 80 such heads already adorn the living rooms of some makers, because the model already registers more than 80 makes besides a few remixes. Add some color and shine to the Alien and it’ll look even scarier! 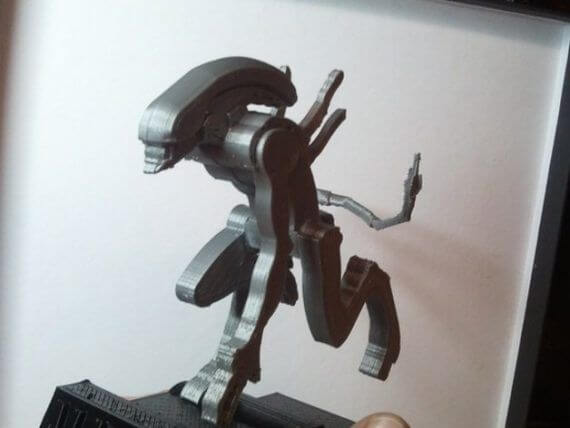 The modeling of this figurine took time and repairs, but it was worth the effort. There are already some remakes of it. Print the tail with support and glue the parts together after printing. 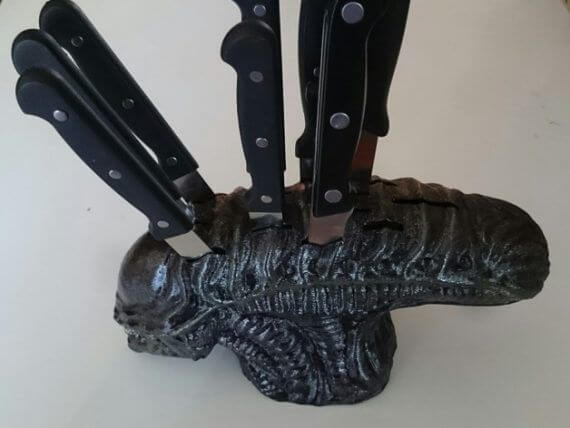 This gruesome alien head, which serves as a knife holder, was printed with an Anet A8. Afterwards it was reworked with varnish. 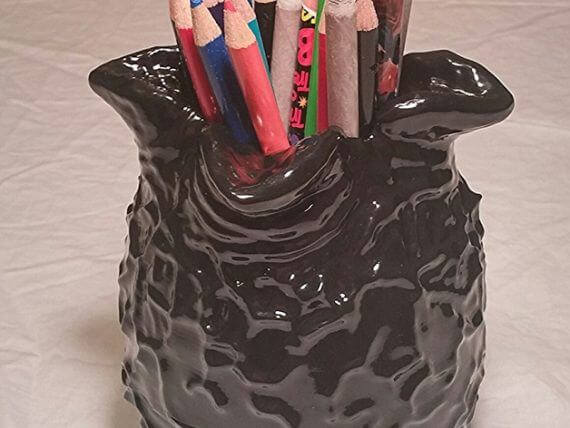 No Facehuggers grow out of this ABS egg, but a pencil or a plant will certainly look good in it! It was designed with MeshMixer and took half a day to print. 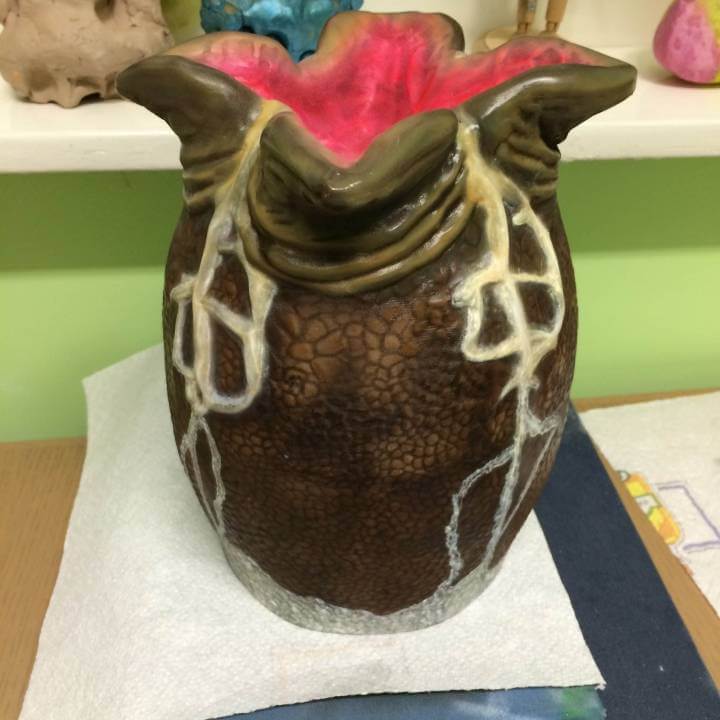 Here’s another -this time oversized- version of the gruesome alien egg! It was printed in several pieces in a UP!mini with white ABS and sprayed afterwards with airbrush. 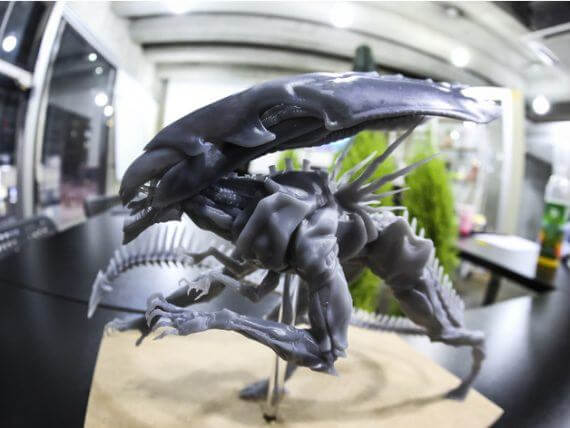 But no egg without an alien queen! 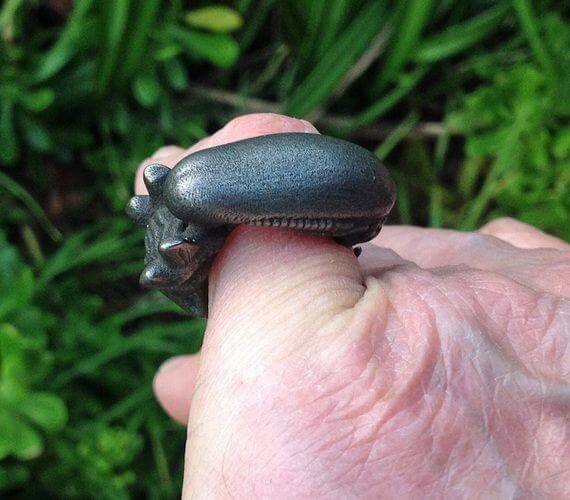 If you need horror all the time or want to shock others, print out this chic alien ring! 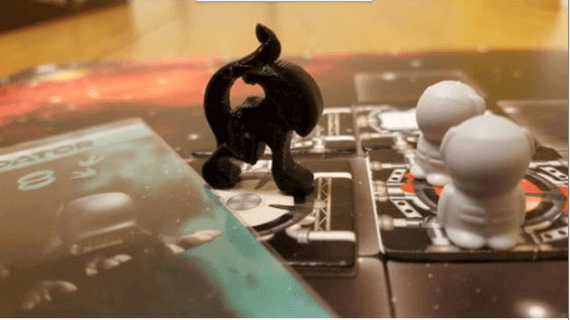 If a token is missing…This one was made of PLA with a Delta WASP 2040. 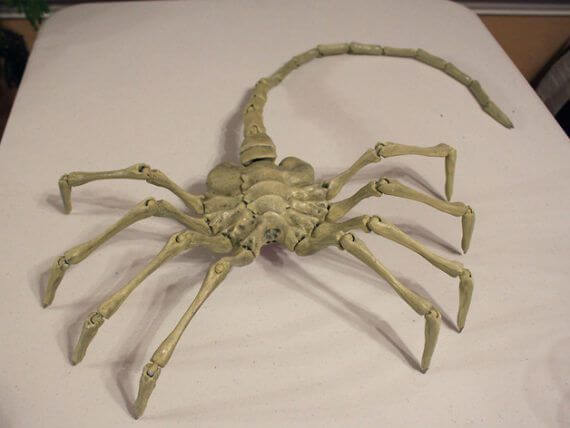 Awesome! This is a life-size Facehugger who can wrap itself around the faces and with its tail around the neck of your visitors! Maker “Agasis” chose PLA for this freshly hatched Facehugger, but recommends ABS, because it makes the legs even more flexible. Almost 200 Makers have already printed the model and one is more disgusting than the other! 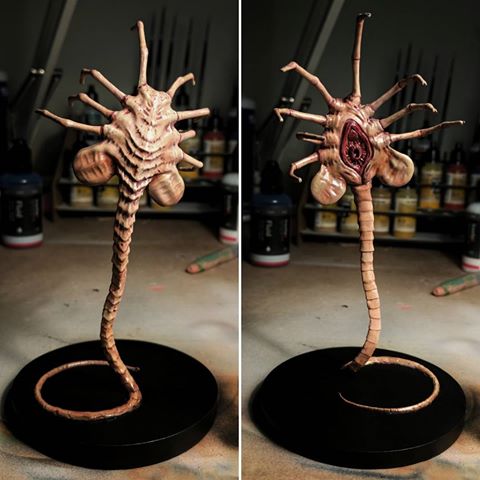 Here is another sculpture-like version of the Facehugger of Maker “Tommy Fox”. He modeled it with ZBrush and the whole thing messures approximately 15 cm. 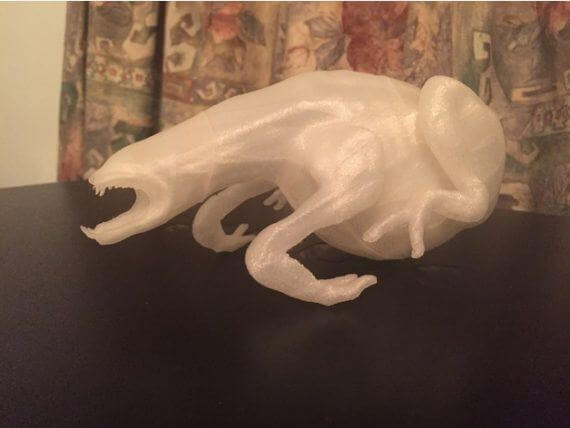 That worm-like larva warp into the damp dark and are implanted by the Facehuggers into the hosts. Yuck! 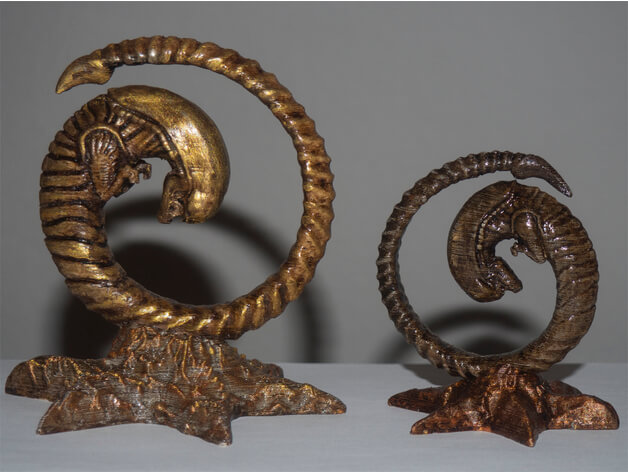 Here is another -almost peaceful looking- interpretation of the Chestburster by Maker “AndresMF”. He printed it with ABS in an Anet A8 and then finished it with acetone. 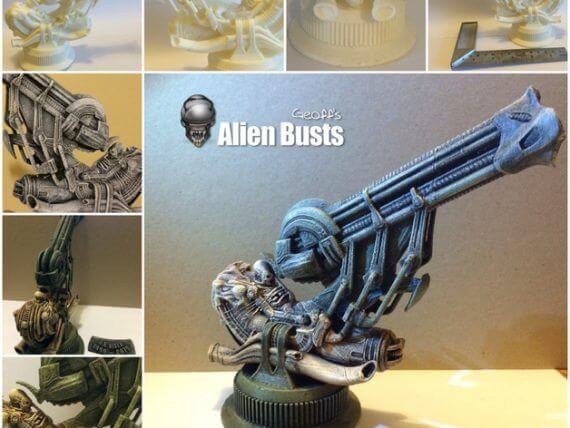 That’s a real alien fan! Who also wants to set up such a commemorative cult in his living room, can print it in three parts. Maker “Geoffro” chose resin as the printing material.