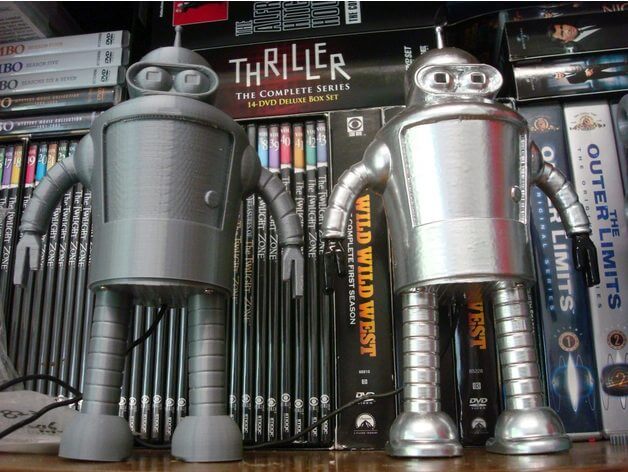 Robots don’t just exist in movies or in industry! If you have a 3D printer, you can make the most daring robots. Whether as a small challenge, as a toy or even an aid in everyday life. Here is a selection of the coolest ones: 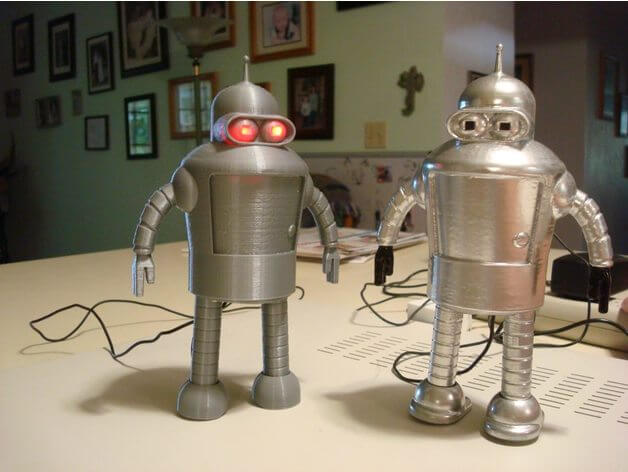 All Futurama fans watch out: Now you can print Bender in 3D and even let him run around! To do this, two electromagnets are placed on its feet so the robot can walk forwards, backwards and even rotate. The principle with the magnets has proven itself, because the idea dates back to the 19th century! 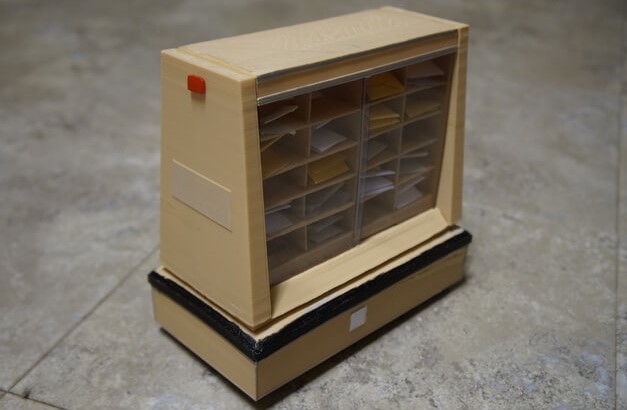 At first glance it doesn’t look like a robot at all, but anyone who knows the second season of the TV show The Americans knows that there’s even more hidden behind this letter cabinet…because the part can move! Maker “petropixel” has all but the glass doors printed in ABS. The material is not necessarily the best for this project, PET may be even better. 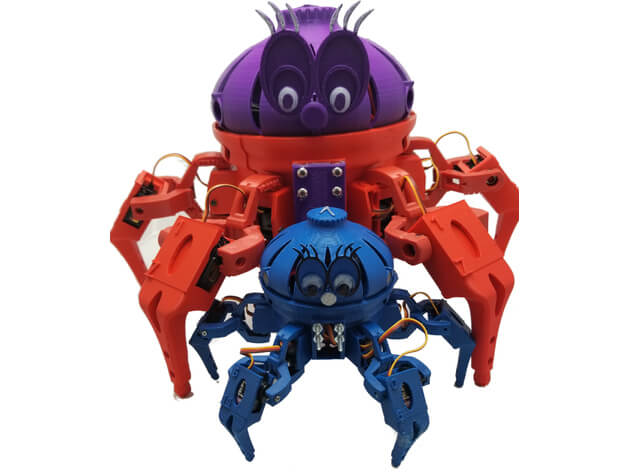 This walking robot is a real dance crab and also really big: It is 33 cm high and has a diameter of 56 cm. The Megapod is controlled by the 3D-printed gamepad via Bluetooth and can also be programmed with the MIT’s scratch drag-and-drop programming system. 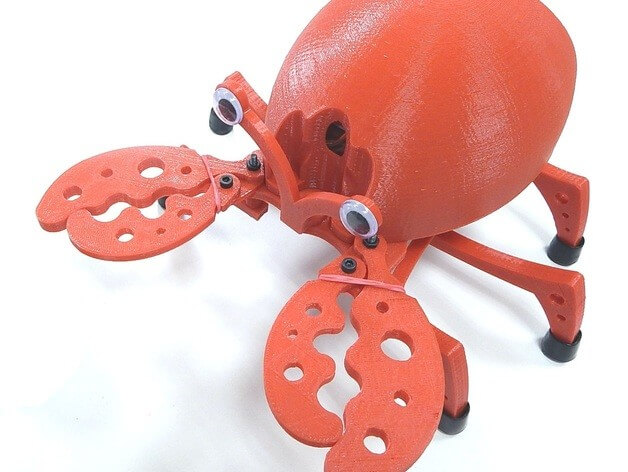 Let’s stick with sea creatures that have mutated into robots: This cute crab called PrintBot Crab can move with six legs and grab things with its scissors. 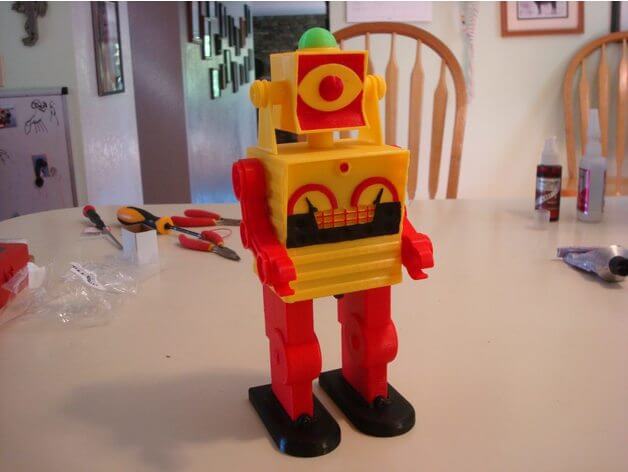 This robot is based on a very old leverage push rod design that toy robot collectors call “Pin Walker”. These include, for example, the Lilliput robot from the 1930s or the Atomic Robot Man from the 1940s. Now you can print your own Pin Walker! 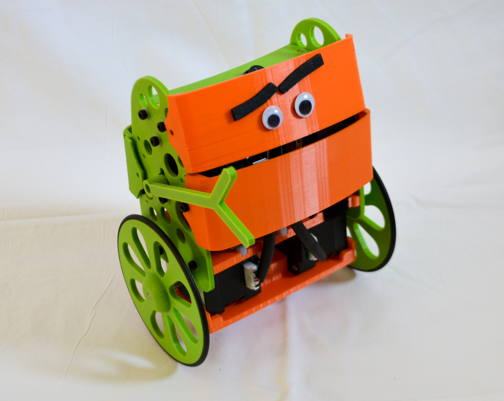 The B-robot EVO is an Arduino-based robot that balances on two wheels. It can be controlled via a smartphone or tablet – with a WIFI range of up to 40 meters. If the robot tips over, it can get up again by itself and it has two arms with which it can cut. 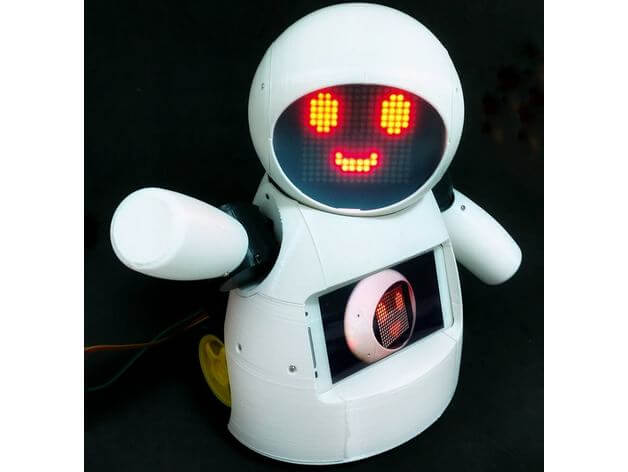 Unbelievable! This humanoid robot also comes from the 3D printer! It runs with open source hardware and software and is remote controlled via WIFI. The face consists of LED matrices, the head and arm movements are controlled by servomotors. Small distances are covered by DC motors, the videos and audios can be transmitted with an Android smartphone. 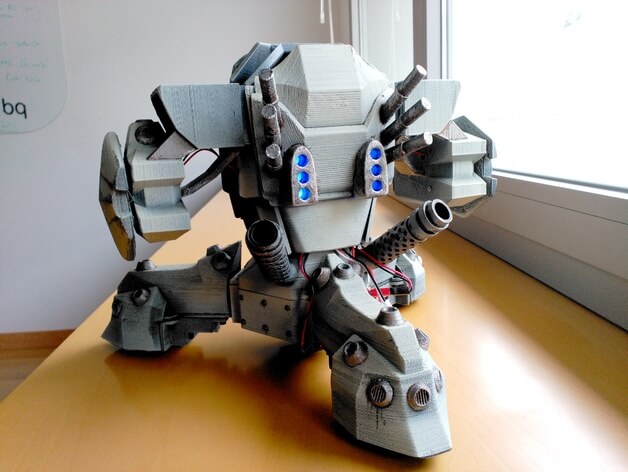 This HammerHead isn’t remote controlled, but it just looks so awesome that it’s definitely worth being on our list. It was designed by Alberto Arribas and printed and painted by maker “bq3D” with a Witbox 2 including support structures. 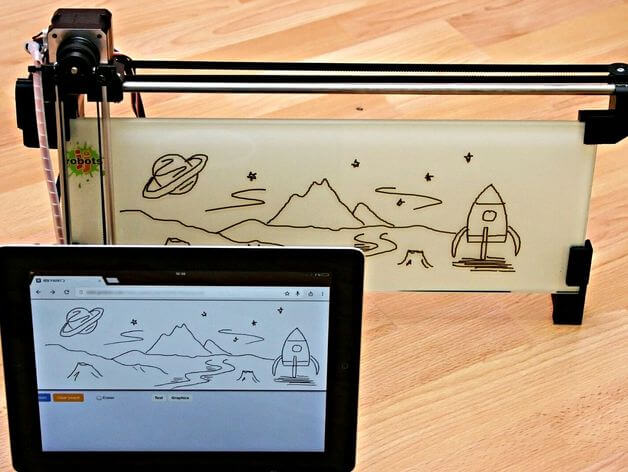 This robot, the so-called iBoardBot, can write texts and paint precise pictures with an internet connection! The user can send his wishes from anywhere in the world! 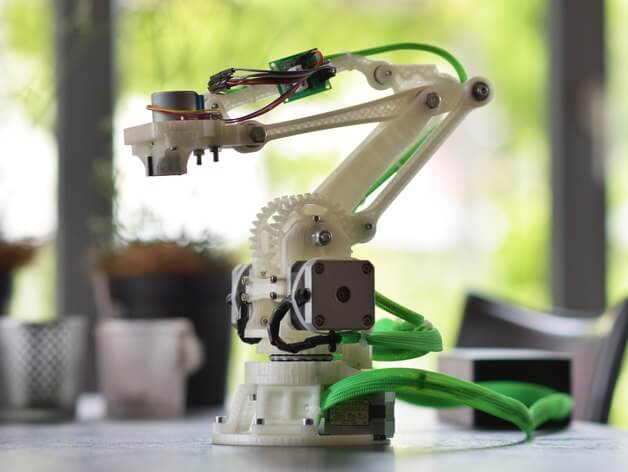 Makers who are into challenging projects will certainly enjoy printing this robotic arm, which may take more than a weekend…